Get out your flannel. It’s fall! 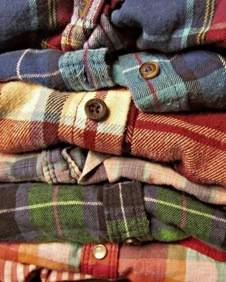 The Duluth Trading Company recently did a study to see which American cities wear the most flannel. As a business, they make Free Swingin’ Flannel shirts, so they were probably using the data to understand their market, but the amount of publicity they’ve received makes me think that cities are proud of their flannel-wearing residents. Blogs have been publishing the top ten list (Seattle holding the number one spot) and debating over which cities deserved their rankings and which ones were overlooked.

Let’s stop right there and acknowledge that Canada wasn’t even included. I’m fairly confident that they had to restrict the competition to American cities because if they included Canada, any of our cities would be like playing a trump card and could knock every US city out of the top ten. Am I right?

It’s cold here. In the summer, we like to pretend that we live in a temperate climate with “defined seasons”, but when that first frost hits, memories of shivering while hailing cabs and chipping away at ice on our front steps come flooding back – and that flood is positively glacial.

In honour of our September Facebook Freebie, we are proud to give you some of our favourite ways to incorporate flannel into your wardrobe. In order to do that, we’re featuring Calgary designer, Erin Williams, who flawlessly styles her pieces alongside flannel staples to give each look a wonderfully Canadian feel.

In case you have no idea what we’re talking about because you haven’t “liked” us on Facebook, head over there and do that now. Quick! Before the first snow! We’re just kidding. It’s only September. It won’t snow for a few weeks, at least. 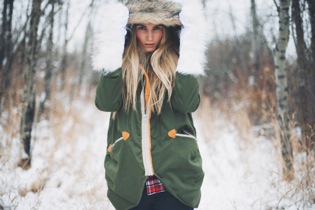 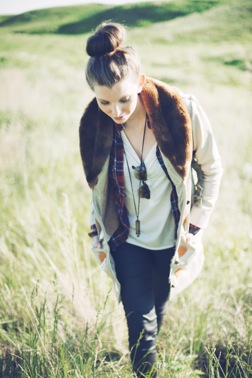 Images Courtesy of: Cream and Coal

Back To All Blog Posts

Get your laundry and dry cleaning picked up and returned to you fresh and clean!

Get exclusive discounts news and insights from the Parkers team.

Looking to speak with one of our clothing care specialists?

To our valued clients,

The safety of our staff and customers of Parker’s Dry Cleaners is of top priority. We have implemented strict protocols and government-recommended health guidelines for our operations across all locations.

Parker’s Dry Cleaners remains open with limited and reduced hours. Please call ahead prior to visiting us. Our Pickup & Delivery Dry Cleaning Service is operating on a MONDAY to MONDAY request schedule.  Please click here for detailed information on our Pickup & Delivery Service and our COVID-19 protocols to keep you safe.

We are carefully monitoring the rapidly changing environment and will continue to update you on any changes.

Thank you for your continued support and understanding during this time.